When having discussions about Roe v. Wade and the consequences of overturning it, it is of the utmost importance that we remember to center the stories and the voices of those that would be most affected 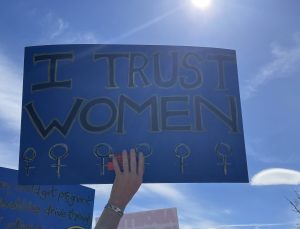 by the loss of abortion access. It is often easy to get lost in the big-picture, Constitutional implications of Roe v. Wade being overturned, but the heart of this issue is the people. Some of our most vulnerable and most marginalized populations will feel the impact of Roe being overturned the most, and listening to them and understanding their stories is imperative to movements to preserve abortion access. Through this blogpost, I hope to highlight the stories of real people that need access to abortion services.

Adriana was 34 and living in Mexico when she found out that she was pregnant. Abortion was not legal where Adriana was from in Mexico. Adriana knew immediately that she wanted to terminate her pregnancy, but her choices were limited. Mexico City offered some abortion options, but it was too expensive for her to travel there. Adriana ended up reaching out to a Facebook group that focused on leading women through at home abortions. Adriana went to a local pharmacy to get misoprostol, an OTC drug that terminates pregnancy. The first pharmacy refused to give it to her despite the fact that it is an OTC drug. After obtaining the misoprostol, Adriana prepared herself to ride out the abortion alone in her home. Following the termination after taking the misoprostol, Adriana experienced heavy bleeding, diarrhea, cramps, and fever. She eventually went to see her OB/GYN, who both didn’t report Adriana to the authorities and prescribed her antibiotics in case of infection. 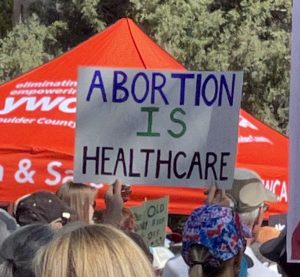 No person should have to go through what Adriana went through. Luckily, Adriana did not experience any complications from her at-home abortion, but that is oftentimes not the case [1]. Adriana should not have had to experience this traumatic and painful medical procedure under the fear of potential legal repercussions. She should have been supported and treated in a safe, healthy, clinical environment. By overturning Roe, more and more Americans will be forced to endure the unnecessary fear, discomfort, and stress that Adriana had to suffer as they seek out termination.

In 2018, Sarah was in a sexually and physically abusive relationship with a man 13 years older than her. She found out she was pregnant two months into the pregnancy, and she had been drinking heavily to cope with the abuse during those two months. Sarah was from Florida where abortion is only legal up to 2.5 months, so she only had two weeks to get the procedure. Luckily, Sarah was able to get her pregnancy terminated. Her partner didn’t pick her up after the procedure and she was forced to take an Uber. Sarah fell into a depressive episode following the procedure, she was self-harming and drinking heavily. Eventually Sarah was able to pull herself out of it and found a purpose in sharing her abortion story. Sarah says, “If I had a child with my abuser, my child’s life would have been broken from the

start. That’s not fair to them or me.” [2] Forced births are damaging for both mother and child. Supporting a person’s right to choose isn’t just about the person giving birth, it’s also about the quality of life of the child. What is the point of bringing a life into this world if you know it will be forced to live in misery? In overturning Roe, we would be forcing some pregnant people to deal with the torment of knowing that they are bringing a child into a world that isn’t right for them.

Overturning Roe will forever change the lives of so many people. Women may be forced to have medically unsupervised abortions, or to give birth to children that will not be able to grow up in a safe environment. Stopping abortion access is not about valuing life. Those that prioritize forced births, forget that there is more to life than simply breathing. Women should be allowed to thrive and live their lives as they always intended to, regardless of whether they had an unplanned pregnancy. Women should be able to decide whether their child is being born into a world that will allow their child to have a safe and healthy life. People should have the option to live their life in the way that keeps them happiest and healthiest. Those that seek to ban abortions choose to place their emphasis on the idea of life without considering the real humans whose actual lives are affected by their actions.

[1]“Sign up for Updates.” Adriana – Advocates for Youth, https://www.advocatesforyouth.org/abortion-stories/adriana/.

[2] “Sign up for Updates.” Sarah – Advocates for Youth, https://www.advocatesforyouth.org/abortion-stories/sarah/.