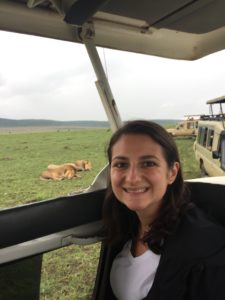 Exactly six weeks ago I spent my first full day in Kisumu, Kenya after a day’s worth of travel, an earlier than expected arrival, meeting my two Canadian housemates, and being so disoriented I didn’t even know where to get a meal or buy groceries. Now, with only two weeks of my time left, it’s almost laughable thinking back on how little I knew of how this city works. I now know which water to buy (the refillable 5L jugs with the handle), how much a tuk tuk from home to the office costs (100 KES, which is the equivalent of about 1 USD), and how to catch the best sunsets every night (rooftop of the building at our complex at 6:30pm).

Despite my confusion on just about everything when I first arrived, the one thing I expected to be relatively straight forward was the research project I was set to be working on. I was told to be ready to hit the ground running, as trainings would be taking place the Thursday and Friday of the week I landed, and the pilot study was set to begin that coming Monday. I’d be working on a small pilot study for a cervical cancer screening app called mSaada, that was designed for the eventual use of community health volunteers (CHVs) in clinical settings. The pilot study consists of 12 local CHVs, who would all be coming in for training the Thursday of the week of my arrival. That first week was busy just like I expected it to be. Jacob, who is a Global Health master’s student working on this project as part of his thesis, had been working to upload the app onto all of the study smartphones, finalize a user manual, and create a presentation we could use to run through the app during training. I set out to create a series of scripts that would be used for role play at the end of the training.

Our schedule was busy, but the work that had been done in the past year, which I was able to take some part in during the spring semester, made it so we had a well-organized and directed plan. The directedness didn’t last too long, as our pilot study was unable to launch that Monday due to a delay in the Institutional Review Board (IRB) approval. Here was where the true learning process really started for me. We learned about the IRB process in our undergrad global health classes, and we had talked about it during student research training (SRT) orientation, but I had no idea how it actually worked until I arrived in Kisumu. This delay in the IRB approval meant that we could no longer proceed as we’d previously planned to. The importance of flexibility in fieldwork really came to be at play here, as Jacob and I were essentially left in a position where we could have just spent the following seven weeks developing plans for analysis and doing literature reviews. However, this delay in approval soon became an opportunity, as we had the chance to develop a new study that will eventually be a subset of the larger mSaada study. We created a plan for an iterative development study, in which we would have weeks of several feedback sessions that alternated with weeks of app development, during which we would push the feedback we gathered to a student developer and work ourselves on transcribing interviews.

In one short day, Jacob and I drafted a new study plan that we submitted that night for IRB exemption. Although it obviously wasn’t ideal to not be able to start our pilot study on time, in retrospect I’m grateful for the opportunity to experience a glimmer of what the development process is actually like when it comes to global health research. The interview guides and questionnaires we’d be using mostly came from those that had been previously created for the pilot study, but we took time to scrutinize them and decide what would be most appropriate for an iterative development study. We also took time to go through existing literature on mHealth app development. These articles really helped me gain further insight into the way the field of mHealth is growing at an incredible rate and showed me how many different steps and processes are a part of creating and launching an mHealth app.

As the new study actually began, Jacob and I both realized how essential this step has become in the development process of mSaada. As we’ve trained different groups of people on the app and interviewed them for their feedback, we’ve noticed changes that we agree will be beneficial to make before the piloting of the app. The fact that I’ll now be spending about six weeks total helping improve an app in a way that is both welcome and necessary has made the initial steps we had to take in fully developing a new study plan on a short notice completely worth it.  Being able to adapt to unforeseen situations has really come to play here, and has shown me, a pessimist by nature, how combining optimism with a healthy dose of practicality can help lead to the best outcomes in the field of global health research.