Dr. Nunn is a professor of Evolutionary Anthropology and Global Health and is currently teaching the course “Human Health in Evolutionary Perspective” here at Duke. The following is the transcript of an in-person interview conducted with Dr. Nunn. 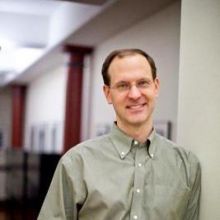 What inspired you to teach “Human Health in Evolutionary Perspective” at Duke? In particular, what long-term perspectives do you hope students will gain from this course?

“I came to Duke in 2013 from Harvard where I taught this course and it was called Evolutionary Medicine. I was really excited to teach it there because it was in the General Education Curriculum and a colleague of mine, Peter Ellison, and I developed a course that was aimed at people without any background in evolution or background in pre-med. It was meant to be a course that attracted any student and it was amazing. It allowed me to engage with the material in a more basic level and I came to realize the material is something everyone should know. We should all be aware of our evolutionary history and how it makes us susceptible to disease. In the context of our modern world, we need to know about evolution to understand things like antibiotic resistance or the evolution of resistance to chemotherapy. It is really a pervasive aspect of the many global health challenges we face.”

What is your background in the fields and studies of evolution and ecology?

“I started out as a behavioral ecologist studying comparative patterns of behavior and ecology by looking across primate species and investigating the evolution of primates and their behavior and morphology. In my first post-doc, I went to work at a new lab where I was exposed to disease ecology. I fell in love with it and I started studying infectious disease, but again in animals and not in humans and without a link to humans. I think that the background I had in general behavior ecology and evolution allowed me to go into this field of evolutionary medicine a little bit later in my career with a different perspective than most others working in this area. What we know is that when people come in with different perspectives, it can give them different insights and they can be impactful in the field because of that. That is my background and how I ended up in evolutionary medicine.”

What are some evolutionary theories that explain how and when reproduction fits in to the lifespan of humans? In what ways does human reproduction differ so much from other primates?

“Human reproduction is really different from other primates and my lab has made some contributions to this area. I think the most striking thing about human reproduction is we crank out babies really fast​—​our interbirth interval is very short compared to other primates. We actually have a paper coming out in the Journal of Human Evolution that shows compelling evidence for that. It is amazing to me to think how much change has happened on the one lineage since we broke off from the other great apes. What is very unusual is the interbirth interval shrunk while the lifespan expanded and those things usually do not go together. Humans are interesting in this regard as usually when you see the lifespan expand, then the interbirth interval expands and the age of first reproduction expands and so on. The other area where humans are very interesting is the cessation of reproduction in females, or menopause. That in itself isn’t unusual, but what is unusual about humans is that we have this extended lifespan beyond menopause. And, that is a general feature seen across all primates that have been studied; in some reproduction will stop, but there is not really that extended lifespan. In men, as well, the reproductive function declines with age. A third is challenges with childbirth. Most other primates don’t have that challenge of giving birth. It is not as big of a deal for most other primates. The combination of a big head and bipedal locomotion created serious constraints on the pelvic architecture. A narrower pelvis would probably be more efficient for locomotion, but the thinking goes that the pelvis is forced to be wider because of the brain. If true, there are competing factors going on that make childbirth really difficult for women.”

What role does aging play in the reproductive fitness of both men and women?

“Aging in any animal will reduce reproductive performance. That is pretty well-documented. Just as the physical body declines with age (that is senescence), we also see related to that is reproduction, which is true in both sexes. I think the evidence is pretty good that reproduction declines with age in men. There are more mutations along the male line and an older male will tend to have more de novo mutations that can reduce offspring fitness. There is a good amount of evidence emerging that older fathers have children that have various genetic mutations that can impact health. I think in both sexes you will see a decline with age.”

How do you view hormones in an evolutionary sense? What role do hormones have in reproductive success?

“We know that these hormones are critical for effective reproduction. Testosterone, for example, is obviously related to male-reproductive success and competitiveness in various ways. Likewise, we know tremendous amounts about female hormones and the ways in which cycles can be disrupted through over-exercise. Many reproductive cancers are associated with hormone levels in men or women in terms of the number of reproductive cycles women are having today in comparison to our ancestors or in relation to testosterone and testosterone therapy. Prostate cancer is stimulated by testosterone. So, a lot of these hormones that are involved in reproduction are pretty involved in health and health outcomes. I feel there is so much value to having a comparative perspective. It situates us in a way that provides a grounding that I don’t think modern medicine or global health really has.”

What is your favorite topic to cover during your course and why? Do you have any other particular professors, scientists, researchers, scholars whose work you find particularly inspiring for the teaching of this course?

“I have really crafted this course so I like every part of it. I wish we had more time, that is the number one thing. I really enjoy talking about infectious diseases, cancer, sleep, and childbirth. None of these areas are static, even the ideas involving childbirth are getting challenged right now. I don’t know how much of that I will bring into the class, but it is just so much fun because the knowledge is evolving really rapidly in all of these areas. Everytime I teach I am learning new things and that is one of the best parts. The readings I assign, they are usually the first time I have read them because it is a way for me to update my knowledge and get up to speed on things. I love it. It makes it even more fun to share these perspectives with the students.

All you would have to do is look at the other courses taught in Evolutionary Anthropology for inspiration. Christine Drea teaches a course on sexuality that might be of interest. It is a very popular class about primate sexuality which gets into a lot of the hormone questions you were asking me about ear​lier. Herman Pontzer​ will be teaching a physiology class. He is making amazing discoveries about human metabolism. Dan Schmitt studies biomechanics and locomotion and he is very interested in injury. Together we have looked at injury in a global health context and how that affects people’s livelihoods. Jenny Tung and Amy Goldberg here in this department are also teaching relevant courses. Dr. Tung is researching how early life experiences shape the life course. This gets at social determinants of health​—​we know there are a lot of health disparities that fall along racial, ethnic, and socioeconomic lines and we know these are real. They are physiological health outcomes and the question is then how does the social environment get under the skin to create those outcomes. Dr. Goldberg is a new faculty member here and is going to teach a course next fall on human evolutionary genetics. It is going to be very hands-on and work with real data sets. Outside our department, one person I would really recommend is Margaret Humphreys who is a great scientist and educator. She teaches great courses on public health and is very involved in evolutionary medicine here at Duke. Also, there is Greg Wray and he teaches a course on genomics and human genetics and is active in evolutionary medicine.”