The “grandmother hypothesis” represents the idea that a grandmother has beneficial effects on the reproductive success of her children and the survival of her grandchildren. Therefore, it is predicted that women who have the genes for living longer would then have grandchildren who also carry these genes. Recently, two more studies that further explore the notion 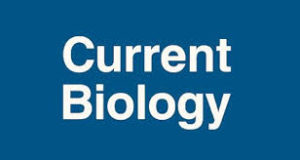 of the grandmother effect were published in Current Biology. The first analyzes data of birth, death, and marriages in certain Catholic parishes from 1608 in an area that is present-day Quebec. The findings point to the fact that families who stayed geographically near their grandmas not only created larger family sizes and shifted child mortality rates, but positively promoted mothers to have children at younger ages. The second study was led by Dr. Chapman of the University of Turku in Finland and analyzed data from pre-industrial Finland. Dr. Chapman concluded that specifically, when a grandma is in her 50-70’s, she is most capable of producing positive lifetime effects for her grandchildren and positive reproductive effects for her daughter. Overall, the grandmother effect continues to be studied and raises questions about the evolutionary benefits of menopause in addition to how evolution plays a role in family dynamics in a pre-industrial vs. post-industrial world.