Author and founder of the M&K Health Institute in Hyogo, Japan, Dr. Misao Fukuda, led a study with results that stated, “temperature fluctuation may play a role in the recent decrease in the sex ratios of births.” Since the mid-20th century, climate change has been a direct result of human activity and has caused a warming trend of the planet. Extreme weather has a connection to human stress which is likely to impact the birth sex ratio. Climate change very well may affect the number of male newborns; more male newborns are predicted to be born in areas with rising high temperatures. Scientist Steven Orzack of the Fresh Pond Research Institute in Cambridge, Massachusetts claims that sex ratio is equal at conception, but there are external factors throughout birth and childhood which cause the ratio to differ. Specifically, senior researcher in the Section of Ecology, Department of Biology at the University of Turku in Finland, Samuli Helle, discovered evidence that “warmer temperatures bring sons.” He noted that for every 1 degree Celsius temperature rise, there was a 0.06% increase in the ratio of newborn boys compared to newborn girls in his study of the Sami people in Finland. Researchers claim that the future of the newborn sex ratio could be influenced by weather patterns and as humans adapt to areas with new climates, the characteristics of our world population will begin to change. 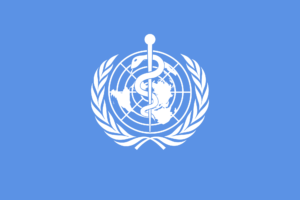 The WHO claims “gender-sensitive research is needed to better understand the health impacts of climate change in general and extreme events in particular.”