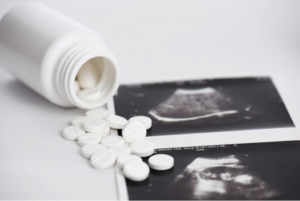 There was a recent attempt in September to require California to provide medical abortion in public colleges and universities. Medical abortion is otherwise known as the abortion pill. Unfortunately, this bill was not signed by by Governor Jerry Brown. California’s governor announced that he vetoed the bill because “the services required by this bill are widely available off-campus” within five to seven miles off California state university campuses, meaning that he found it an unnecessary government expenditure. The problem with going off-campus to seek these services is that half of students in the California state university school-system are low-income students, meaning that they are likely to struggle to pay for abortions off-campus. Furthermore, the majority of these students do not have a car, making transportation very difficult and not accessible to everyone.

Reproductive health rights activists have not given up, as there has been an introduction of updated version of the bill into the state’s legislature this past week, called the “College Student Right to Access Act”. Many activists believe that having the services on-campus is important. Governor-elect Gavin Newsome will review this bill in the upcoming term, whom has already been shown support for the bill. If the bill goes through, campuses will begin to offer students medical abortion starting in 2023. Medication for abortion is usually taken up to ten weeks of pregnancy, in which two pills are taken together 24-hours apart.