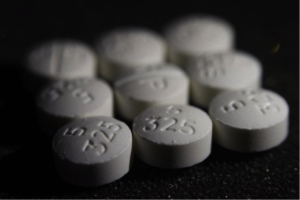 A study recently released in the American Journal of Public Health shows a significant increase in the use of methamphetamines and opioids by pregnant women in recent years.  Usage more than doubled from the 2008-2009 period to the 2014-2015 period, with the greatest increases seen in rural areas. Worse health outcomes, longer lengths of stay, and higher delivery costs are all more common in deliveries relating to amphetamine and opioid use. Additionally, deliveries affected by amphetamine usage were also disproportionately affected by preeclampsia, placental abruption, preterm delivery, and extremely high maternal morbidity. While there is a correlation between opioid usage and these negative outcomes during pregnancy and delivery, the drugs may not be the only factor. Women who are substance-abusers also generally attend fewer prenatal appointments and only receive prenatal care later in the country. This trend of increased amphetamine and opioid usage in the United States is far more common in rural areas of the country than urban areas; these rural regions of the country are also the least likely to include treatment facilities and resources for addiction. Seeing these increases in pregnancy suggests that the generalized trends are increasing the public health crisis seen with drug use.