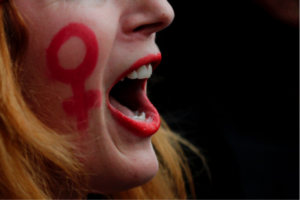 A report released on Nov. 25, 2018 by the U.N. Office on Drugs and Crime (UNODC) revealed that nearly 50,000 women were killed last year by an intimate partner or family member and that the Americas were the third-worst globally. A 2017 study by the Centers for Disease Control and Prevention also found that in the United States, about 50% of all female homicide victims are killed by an intimate partner, family member, or friend. This indicates that many women are being intentionally killed by people they know and trust. Women who leave their partner are also at higher risk for domestic violence, according to a CDC study. The UNODC report called for increased access to services provided by the police and justice department and stressed the importance of education. Rachel Goldsmith, Vice President of domestic violence centers at Safe Horizon, also advocated for restricted access to firearms. Shortly following the release of the report, thousands of people in Europe and the Middle East took to the the streets to protest on the International Day for Elimination of Violence Against Women. This was a part of the U.N. 16-day campaign urging people to fight against violence toward women, and builds on findings from the DHS that show domestic violence is incredibly common around the globe and takes place within the auspices of social normativity.  These were highlighted here last month.