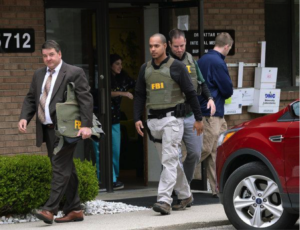 A recent federal case in Detroit resulted in America’s law regarding female genital mutilation being found unconstitutional. Two doctors were charged with violating a federal law after performing procedures on young girls from Illinois, Minnesota, and Michigan. The procedures all occurred in the Detroit area. The law prohibits “knowingly circumcising, excising, or infibulating any part of the labia majora, labia minora, or clitoris of another person who has not attained age 18.” The judge, Bernard Friedman, noted that while he was not in opposition to the protection against the abuse of girls, his interpretation of the Constitution led him to believe that “federalism concerns deprive Congress of the power to enact this statute,” essentially implying that the power to ban female genital mutilation and cutting must be left to state legislatures. Friedman’s decision dismisses almost all of the charges against the doctor. Michigan is one of 27 states which currently criminalizes FGM, but the law was passed last year and can’t be applied to this case. It is unclear yet whether or not the U.S. Government will appeal the case to be heard at a higher court, and for the district court ruling to be potentially overturned.

FGM is considered a social norm in several communities and a necessary part of preparing a girl for adulthood. It includes all procedures which involve the partial or total removal of the external female genitalia, and it is mostly performed on girls between infancy and age 15. The procedure offers no health benefits, but rather can cause various risks such as severe bleeding, difficulty with urination, infection, and complications in childbirth. According to the World Health Organization, more than 200 million girls alive today have undergone FGM. Several international treaties recognize the procedure as a violation of human rights.

For more information on FGM, read the WHO fact sheet here.