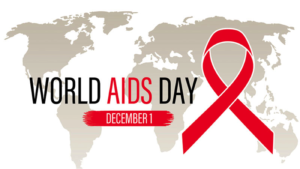 December 1st, 2018 marked the 30th anniversary of World AIDS Day, marked by celebrations and commemorations around the globe. World AIDS Day began in 1988. Now celebrated each year, the day marks a partnership between agencies of the United Nations, governmental leaders, and various societies. Each year includes a theme related to AIDS advocacy.  Since the event began in 1988, the stigma and lack of dialogue surrounding HIV/AIDS has decreased significantly. However, barriers still remain in the efforts to completely eliminate the stigma and discrimination. One of the most prominent barriers is the difficulty people face in getting tested for HIV/AIDS. For this reason, UNAIDS decided that the focus of 2018 World AIDS Day would be “know your status.” The organizers of this campaign believe that increased accessibility to HIV testing should be a top priority. In making these services accessible, the world will ensure that people know about a positive status prior to symptoms, in order to access quality treatment that will help them to lead a relatively normal life.