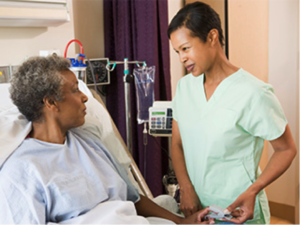 Uterine cancer rates in the United States continue to rise, with the burden of this disease disproportionately impacting black women. Deaths from uterine cancer were twice as likely for black women compared to white women, even though the incidence was high among both racial groups. The higher mortality from uterine cancer seen in African American women may be due to factors such as genetics and unequal access to care, according to Dr. Michael Birrer at the University of Alabama. Birrer stated that more research is needed to address these factors. The Centers for Disease Control and Prevention said that the rise in uterine cancer rates is partially due to the increase in obesity rates in the United States. Dr. Joseph Davis, an OB/GYN at Cayman Fertility Center, explained that apart from hormonal risk factors, such as higher-than-normal estrogen levels, social factors like diabetes and obesity have become more common due to the amount of processed foods in American diets. Endometrial cancer, the most common type of uterine cancer, affects the lining of the uterus when too much estrogen is produced and can lead to symptoms such as vaginal bleeding and pelvic pain. Obese women have higher levels of circulating estrogen, which puts them at greater risk of developing endometrial cancer. In response, the CDC has called for efforts to help women maintain healthy lifestyles in order to reduce the risk of uterine cancer.