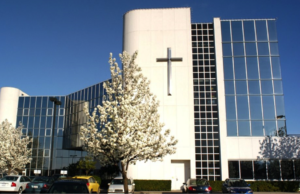 Most studies found that compared to non-Catholic hospitals, Catholic facilities were less likely to provide family planning services or did not provide them at all. Under the Ethical and Religious Directives for Catholic Health Care Services, the sanctity of marriage is stressed and intercourse is seen as a form of ‘life giving’ with life beginning at conception. As a result, reproductive health care is often only used to treat other medical conditions and in some cases, contraception is inhibited even in cases of rape. For instance, instead of IUDs and tubal ligation, patients may be only given the option of a contraceptive pill, often under the a diagnosis of painful or heavy periods. Abortions are also commonly restricted–a survey found that only 2% of Catholic-affiliated OB-GYN clinics offer abortion.  Some physicians and staff reported less information of family-planning methods being provided to patients at Catholic facilities than other facilities. Some staff of Catholic facilities also reported policies which prohibit discussion with rape victims about emergency contraception.  Due to these limitations, some women do not receive the care they need in Catholic hospitals. These findings led the study’s senior author Maryam Guiahi to question what percent of women who are denied reproductive health services become pregnant again. This study shows that although there is research on the restrictions due to religious beliefs in Catholic facilities, the outcomes of these restrictions still need further investigation and concluded that while there is generally more limitation on reproductive health services within the Catholic health facilities, it doesn’t necessarily apply to all Catholic-affiliated facilities. Some may not always follow the Ethical and Religious directives, so it’s not absolutely clear how Catholic affiliation impacts reproductive health services.