In reviewing data from Demographic and Health Surveys administered in low and middle-income countries between 2005 and 2017, researchers at the University of Bristol have come to an unsettling conclusion; domestic violence against women often exists within the bounds of social normativity. These surveys evaluated the social acceptability of domestic violence when provoked by certain situations, such as when a woman goes out without telling her partner, argues with her partner, neglects her children, is suspected of being unfaithful, refuses to have sex or burns a meal. It was found that approximately 36% of survey participants considered domestic violence justifiable in at least one of these instances. Furthermore, in 36 out of the 49 countries studied, women were more likely to justify this abusive behavior than men, speaking volumes to the deep entrenchment of female subordination, even amongst women. The data regarding the social acceptance of domestic violence is highly variable, ranging anywhere from 3% of the population accepting this violence, such as in the Dominican Republic, to 83% of the population accepting this violence, such as in Timor-Leste. Acceptance was more prevalent in countries that have endured severe and frequent political strife within the past five years, and in countries where women possess less economic agency. Dr LynnMarie Sardinha, who led this study, stated that “our findings highlight the need for tailored, geographically-differentiated and gender specific interventions targeting acceptance of domestic violence. There is need for much greater focus on addressing the acceptance of domestic violence through targeted initiatives in societies affected by political conflict. Although domestic violence is exacerbated during and after armed conflict it’s prevention in these societies has received little attention.” This data, although discouraging in terms of the social acceptability of violence against women, is integral in our campaign to develop preventative policy for domestic violence on both a national and global scale. 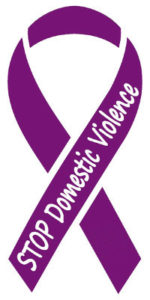