In a recent CNN piece, obstetrician Dr. Cristina Gamboa reveals her insights on trends in regards to her pregnant immigrant patients at the community health center Salud Para La Gente in Watsonville, California. She has noted that patients who are Mexican Immigrants seem to be suffering from increases in stress during their pregnancy. These increases have led to high blood pressure which can be further characterized as the condition preeclampsia. Stress can be a result of a multitude of factors, but Dr. Gamboa analyzes that America’s current political climate could be a root cause. It is considered a crime for someone to enter and stay in the United States without permission. Approximately 25% of unauthorized immigrants reside in California and 26.9% of the population in Watsonville are non-US citizens. Although there are no scientific studies connecting a woman’s immigration status and maternal health, Dr. Gamboa believes research is needed. There is, however, evidence pointing to a lack of general health care for immigrants in the US- undocumented immigrants are much less likely to have health insurance and pregnant women who have recently migrated to the 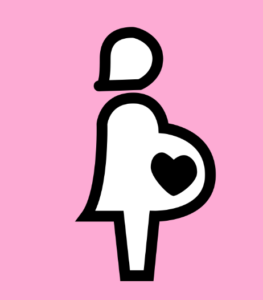 US enter prenatal care much later or receive no care at all. To conclude, Dr. Gamboa states, “The most important thing for people to know and to recognize is that immigrant women are women and expecting mothers just like anyone else. They want the same thing for their child, they want the same thing for themselves — to be healthy, and to thrive — and the biggest risk to immigrant women is that the limitations to having access to care and/or having fear navigating through the health care system will have detrimental effects on not just the family but as a society.”