Governor Jerry Brown recently vetoed a bill that would have required all health centers at University of California and California State University schools to offer prescription abortion pills. Introduced in February 2017, Senate Bill 320 would have made California the first state to require access to medication abortion at public universities.

Medication abortion was approved by the FDA in 2000, and currently accounts for one-third of abortions in the United States. A combination of two drugs, mifepristone and misoprostol, allows the patient to undergo the procedure in their own home. In spite of years of research deeming the procedure safe, thirty-four states heavily regulate medication abortion by requiring licensed physicians, rather than midwives or nurse practitioners, to administer the drugs. 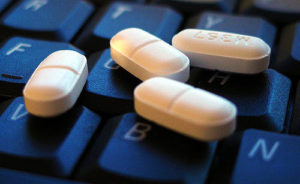 In spite of living in a state with otherwise progressive abortion legislation, women at public universities in California often have restricted access to abortion options. More than 500 women at California’s public universities seek the abortion pill at off-site healthcare providers every month. Over half of CSU and UC students identify as low-income, about sixty percent of students would have to travel at least two hours on public transportation to access abortion services.

In a memo explaining his veto of SB 320, Governor Brown stated that, as “the services required by this bill are widely-available off-campus, this bill is not necessary.” While stating that access to reproductive health services “is a long-protected right in California,” Governor Brown’s veto continues the limitations reducing abortion access for many California women.