Earlier this week, Willie Parker challenged members of the Duke Ob/Gyn Department to remember their role as patient advocates in an inspiring grand rounds lecture, “Advocacy for Reproductive Justice: How Much Fight is there in the Dog?” 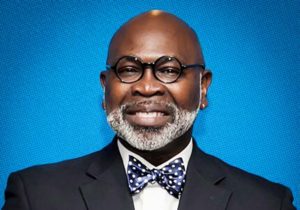 Dr. Parker, author of Life’s Work: A Moral Argument for Choice, a memoir of how his evangelical upbringing influenced his decision to become an abortion provider, talked about racial and ethnic disparities in unwanted pregnancies, and how the Reproductive Justice movement evolved to address these and broader inequities in sexual and reproductive health. He described how limitations in Medicaid coverage for pregnancy and childcare services disproportionately impact the same groups of women at highest risk for unplanned pregnancy. When access to abortion services is limited, as has been steadily happening for the past 15 years, it is these women who are most vulnerable to not be able to exercise their own choice in determining when and how they want to raise their family.

Dr. Parker described how his own path as a general ob/gyn provider who became the only abortion provider in much of Alabama led naturally to an advocacy role. He talked about the high level of respect nurses and doctors hold in the general population, and how it is the responsibility of healthcare providers to use this respect to advocate for reasonable legislation. Our representatives, Senators, and their staff listen. For every letter or phone call, our representatives assume there are hundreds of people who feel the same way. And, of course, every single vote counts. Given the importance of reproductive choice and access on the health and well-being of women and children, health care providers can and should use the power at our disposal to advocate for our patients.